'Sweet LEAN'; Nairobi's Zombie Drug. - The Modish Editorial. Skip to content
What’s New.
The Voiced Podcast By Modish Editorial is Coming Soon./The AfroVibe Magazine Is coming out on the 1st of March/

” It’s because of how it makes you feel; Drowsy and in a trance-like state, you have no idea of whats going on and you feel like you are in ‘heaven’ so it’s like being a zombie, You see..”

You see up until 2017, LEAN was a drug hardly known in Kenya. Then it boomed in the late 2018’s and suddenly it was the ‘new cool thing’ raking up and getting thousands of youngins addicted. This wave was especially rapid across cities, spreading from the West to the East and eventually to most African cities like Nairobi.

LEAN is a drug, fixed by mixing Cough syrup that often contains substances such as codeine; which is an Opioid drug, Promethazine; an antihistamine with potentially sedating effects that, in combination with opioids, could markedly impair motor functioning. see more on Lean , components and substances.

This new cool is also referred to as purple drunk, Sizzurp, Dirty Sprite, Purple lean, Purple drunk and commonly as Lean Drink. Unlike other hard drugs, lean is Mixed with a soft drink, mainly a soda or a carbonated drink, Then a fuse of candy is added to give its flavour and signature Purplish colour.

On the 5th of September, we followed up and interviewed a group of teenagers, who agreed to speak to us about LEAN. Here is a reenactment of the interview.

The Zombies of Nairobi, That’s what they call themselves. We asked Timothy* (Names have been changed to conceal identity ) to explain the pen name;

” Its because of how it makes you feel; Drowsy and in a trance-like state, you have no idea of whats going on and you feel like you are in ‘heaven’ so its like being a zombie, You see..”

Timothy was among three other teenagers. We caught up , shacked in a small Bedsitter, next to a City University.

According to Stella* Lean is her way of getting away, from a world she terms as Unbearable, ruthless and unforgiving. She is addicted to a few other drugs, like weed but according to her Lean is her favourite.

“It makes me feel Numb, Almost like everything has faded away and I’m in a state of bliss. I love it. It’s my escape”

Stella Joined university in 2016, and she met a few friends who introduced her to Shash/Bang.

“It wasn’t as good as Lean, but it worked for a few months, I could never seem to shake off the thoughts and depression that haunted me.”

Stella is among the thousands of youth in Kenya, who suffer from depression, and lack avenues to express their stories or seek professional help.

“My family treats me like the black sheep, My stepfather hates me, my mother ignores me and treats my half-siblings better than me, She sees me as a fragment of her past, something she loathes and barely speaks off. When I’m at school and away, I still feel like a mistake, so I try to find ways to escape.”

Jay* is also an addict, He also sells Lean to make money.

“This lifestyle isn’t cheap, these clothes aren’t cheap, and this watch isn’t either.”

He stays in a posh room, that is well furnished. The apartments are expensive, especially for a university student, so how does he afford this lifestyle?

Like many Kenyan youngins, He subscribes to a pop culture that is fueled by Online and Social Media flaunting. It begins with celebrities and rappers who flaunt a rich, careless lifestyle, that has many teenagers, eying and imitating, this trickles down to a surge of online flashy and carefree life habits.

LEAN is openly flaunted online, it is in Instagram feeds, youtube videos and facebook updates. You might have seen a rapper, holding a plastic cap and sipping a purplish drink in a music video. That is the fuel behind the spread of lean.

In an interview by VICE Media, Hip hop Rapper, Caskey. Admitted to singing and branding his music around Lean.

“It feels Fu***ng awesome, it makes you feel like a great version of yourself”  – Caskey,A rapper

To build his customer base, Jay hosts parties next to universities and invites youngins usually 18-26 years, then while in attendance he openly demonstrates how to mix up the various components of the Dirty Sprite, In one of his parties. He had bottles of prescription cough syrup, Carbonated drinks and ice, ” You add a pint of the syrup in a tumbler of soda, just until it changes its colour, then make sure you add the ice, that’s to ensure the high kicks in fast ” in his parties he offers the Lean for free because afterwards most of the youth in attendance will be hooked to the drug, becoming returning customers.

“I teach them how to use it, and then sell the syrup to them, Lean is cool and if you have it in a party you become the symbol of opulence,” – Jay.

Since the ban of selling medicine containing codeine without prescription, by the government of Kenya, in the early 2017’s the opioid has been scarce to obtain, so jay has to buy it from pharmacists who sell it at 5-10 times its price, this scarcity only increases the tag of the drug, it makes youth desperate and hungry, some reportedly spending all their savings and pocket money on the drug.

Unfortunately, Most users of Lean have no idea of its dire consequences. Codeine is a highly addictive opioid and when taken in huge amounts it produces feelings of Euphoria, elevating tension and anxiety, and decreases aggression. Factors which contribute to its popularity. But it is the prolonged use of these substances that lead to dependency which in turn lead to an increased use of similar opioids, that then lead to overdoses, dependency, addiction, feelings of sadness and desperation, paranoia, and loss of judgement. These are the overlooked side effects of this ‘cool’ drug,

While still rapidly spreading and not as widespread as drugs such as weed, it is worth taking note that Lean ushers in a new era, an era of opioids and hard drugs in Kenya.

There is a worrying concern that while these drugs exist in the country, very few people are aware of them, in a recent exercise conducted by Modish Editors, it took a teenager an hour to find a drug dealer, while taking the police months to find the same drug dealer, precisely 10 months.

These are the reasons, Kenyans need to speak out against the rapid growth of addiction rates among the youth.Especially to, and of the rise of hard drugs, abuse of prescription drugs and to find preventive measures of keeping drug abuse and misuse at bay.

This article was compiled by Wycliff Peter Oundo.

Investigations were done by Sarah .O. and Ronald both who are Freelance investigative correspondences of this editorial.

Photos were compiled by Denis.

(Modish Editorial, strongly stands against the use of drugs, We acknowledge that there is a need to inform our public of these stories and issues. As such we do not take accountability of methods and procedures described herein, No reader should try out these prescriptions, Abuse of prescriptions is harmful to your health. Names have been changed to conceal identity of interviewees and photos have been edited to conceal usernames.)

let us know what you think of this Drug, Down below, kindly subscribe to our weekly newsletter it’s free. 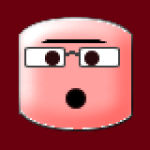